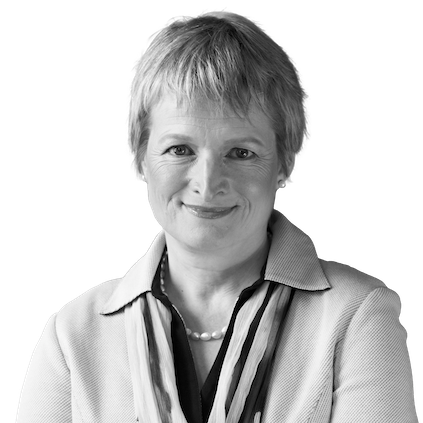 Rita Gunther McGrath is a globally recognized expert on strategy, innovation, and growth with an emphasis on corporate entrepreneurship. Her work and ideas help CEOs and senior executives chart a pathway to success in today’s rapidly changing and volatile environments. McGrath is highly valued for her rare ability to connect research to business problems and in 2016 received the “Theory to Practice” award at the Vienna Strategy Forum.

Recognized as one of the top 10 management thinkers by global management award Thinkers50 in 2017, 2015 and 2013, McGrath also received the award for outstanding achievement in the Strategy category. She is a highly sought after speaker at corporate events, such as the Yale CEO Summit, the Innosight CEO Summit and at the World Economic Forum meeting in Davos. McGrath has also been inducted into the Strategic Management Society “Fellows” in recognition of her impact on the field.

McGrath is often cited in the press, including the Wall Street Journal, New York Times, Washington Post, Financial Times, and NPR’s Marketplace. She maintains an active social media presence, and has been rated one of the 25 smartest women to follow on Twitter by Fast Company Magazine. She consistently appears in rankings of the top business school professors to follow on Twitter. McGrath was voted HR Magazine’s Most Influential International Thinker, writes regularly for Fortune magazine’s online edition, is a regular contributor to the Wall Street Journal’s The Experts column and blogs regularly at HBR.org.

McGrath is one of the most widely published authors in the Harvard Business Review, including the best-selling “Discovery Driven Planning” (1995), which was recognized as an early articulation of today’s “lean” startup philosophy and has been praised by Clayton Christensen as ‘one of the most important ideas in management – ever.’ Her related book, Discovery Driven Growth: A Breakthrough Process to Reduce Risk and Seize Opportunity (2009) is a deep dive into how to put the technique to work. Her next project, tentatively entitled Discovery Driven Advantage examines how companies can build true proficiency in innovation.

McGrath’s best-selling book, The End of Competitive Advantage: How to Keep Your Strategy Moving as Fast as Your Business, was recognized by Strategy+Business as the #1 business book of the year. She has co-authored two more books: MarketBusters: 40 Strategic Moves that Drive Exceptional Business Growth (2005); and The Entrepreneurial Mindset (2000), all published by Harvard Business Review Press.MarketBusters has been translated into ten languages and was named one of the best business books of 2005 by Strategy+Business.

Rita joined the faculty of Columbia Business School in 1993. Prior to life in academia, she was an IT director, worked in the political arena, and founded two startups. She received her Ph.D. from the Wharton School, University of Pennsylvania and has degrees with honors from Barnard College and the Columbia School of International and Public Affairs. She is married and is proud to be the mother of two delightful grownups.