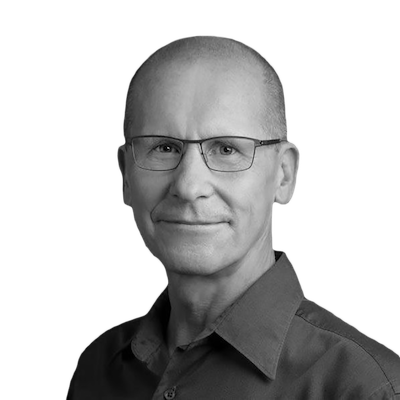 David Peterson has been recognized as a world-class executive coach and thought leader in executive development for over 25 years. In 2019 he was selected as the #1 Corporate Coach in the world.

Prior to co-founding 7 Paths Forward, he led Google’s Executive Coaching & Leadership (ECL) team for 10 years, where he built one of the world’s most innovative and high-impact coaching programs. During his tenure at Google he coached over 400 senior leaders, including half of the company’s VPs and SVPS, provided onboarding coaching to all newly hired VPs, led the agile organization design team to help prepare Google to address emergent and disruptive leadership challenges, and designed and facilitated highly-rated workshops on organizational design, coaching skills, scaling your leadership, and decision-making in complexity.

David is honored to be one of the Marshall Goldsmith 100 Coaches and the Inaugural EthicalCoaches. He serves on the Advisory Boards of CoachLogix, Executive Development Associates, and NYU’s Executive Coaching and Organizational Consulting program and is co-founder of the Institute for Contemporary Leadership - focused on accelerating the development of high-potential leaders and equipping them to deal with disruption, complexity, and transformational change. The Institute provides top leaders with a high-trust peer network, disruptive development experiences, and a personal development advisor/coach to guide their journey.

David has published dozens of articles and chapters on coaching, is co-author of Development FIRST: Strategies for Self-Development and Leader as Coach, with over a million copies in print, and co-editor of the Handbook of the Psychology of Coaching and Mentoring.

He earned his PhD in Counseling and Industrial/Organizational Psychology at the University of Minnesota. He is a Fellow of the American Psychological Association, the Society of Consulting Psychology, the Society for Industrial and Organizational Psychology (SIOP), and the Harvard Institute of Coaching. In addition to recognition as the World’s #1 Corporate Coach, his awards include the RHR International Award for Excellence in Consultation (Society of Consulting Psychology), the Outstanding Achievement Award (California Psychological Association), the Vision of Excellence Award (Harvard Institute of Coaching), and a lifetime achievement award from Coaching at Work.

Vikki Brock’s history of coaching (2008, 2012) names David as one of the primary influencers in the field, both for his early influence on the emergence of executive coaching and for continuing to shape the field "on the cutting edge of the profession, doing and saying surprising and thought-provoking things."

David lives in Calistoga, just north of San Francisco, with his wife, Alexis Shoemate, and an adorable Tibetan Terrier named Cab (as in Cabernet).