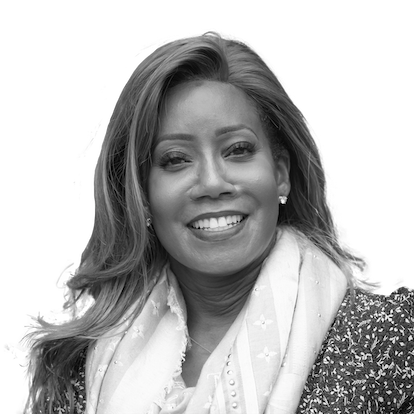 As a speaker, executive coach, and advisor, companies, organizations, and individuals hire Charlene Wheeless when faced with a daunting communications challenge, a potential or actual crisis, a need for a real DE&I diagnosis, or to maximize their investment in themselves and their people, and especially executive women and women of color.

Charlene Wheeless is a successful business executive, executive coach/advisor, keynote speaker, and author. With more than three decades of experience in corporate affairs, communications, and operations, Wheeless leads her namesake firm, Charlene Wheeless LLC, where leaders and teams turn to strengthen their performance and leadership capability, communications, executive presence, and influence. Additionally, she is a

Before starting her firm, she served as the principal vice president of Corporate Affairs of Bechtel Corporation, a $40B global infrastructure company. She was responsible for internal and external communications, reputation risk management, issues management, crisis communications, marketing communications, sustainability, and CSR. She provided executive counsel to business unit and C-suite leaders, including the company's chairman and Bechtel clients, on specific issues critical to the business and worked with foreign government representatives. Additionally, she led the development of a corporate diplomacy and international relations discipline in the company, managed and co-led the company's HQ relocation from San Francisco to the Washington, DC area, and is credited with rebranding the 100+-year-old firm.

She was also a board member of the Bechtel Foundation, the Bechtel Political Action Committee, and its Marketing and Business Development Council. Earlier, Wheeless held senior-level positions at multi-national firms, including Raytheon, CGI, and DynCorp, among others, where she handled M&A communications as well as crises involving government, legal, financial, and reputation risk for individuals and companies for more than 25 years as a senior advisor.

As the first Black female executive at Bechtel and other companies, Wheeless brings a powerful perspective on how to help leaders nurture and develop their minority talent and create a culture of inclusion. She also has emerged as an important voice and influencer on equity and justice and has appeared in scholarly and media outlets including, The Dialogue Project, Forbes, Business Insider, and Chief Executive.

She is an equally important voice in shaping the future of the communications profession. Wheeless is the immediate past chairman of the Page Society, the world's leading professional association for senior public relations, agency, and corporate communications executives. In this role, she provided guidance and strategy to Chief Communications Officers during the most difficult social and racially charged moments in recent history. She

served as a thought partner to many executives as they grappled with handling these situations in the best interest of their people and their companies.

In 2021, Wheeless was hand-selected to be a member of Marshall Goldsmith's prestigious 100 Coaches, a collection of top executive coaches and leadership thinkers dedicated to paying it forward.

Amplify Publishing released Wheeless's debut book, "You Are Enough! Reclaiming Your Life and Career with Purpose, Passion and Unapologetic Authenticity", in mid-2021. The book has achieved bestseller status on numerous lists, including Women and Business, Mentor and Coaching, and Breast Cancer, and won two independent book awards for best non-fiction and inspirational books of 2021.

"You are Enough!" chronicles Wheeless's experience as a Black female executive, her courageous fight with cancer, and takes readers on a journey of reclaiming their lives with purpose and passion. It has been considered a blueprint for a saner way for people of color, especially women, to climb the corporate ladder.

Wheeless has earned many awards over her career, including two Telly awards and more than 50 additional communications and leadership excellence awards. PR Week named her to the Global Power Book for most influential professionals in Public Relations for

five consecutive years. The Network Journal named her among the 25 Most Influential Black Women in Business. She was also named by the Washington Business Journal as a Woman Worth Watching and to PR Week's Hall of Femme (now called Women of Distinction) Awards.

Wheeless is equally committed to her community, serving as the immediate past chairman of the HCA Virginia-Reston Hospital. Other board positions include the Institute for Public Relations, the Page Center, and The Black Experience, an effort to amplify the voices of leaders in the Black Community. She previously served as the chairman of the Reston Chamber of Commerce, was a commissioner on the Loudoun County (VA) Economic Development Authority, an appointed member of GO Virginia to increase entrepreneurship in the tech industry in the area, and a member of the advisory committee for the George

Wheeless is a certified coach from MG Stakeholder Centered

Coaching, the CaPP Institute, and is a member of the National

Speakers Association. She holds a BA in Journalism/PR, an MA in

Public Communications, and an MBA in Marketing.

She resides in the Washington DC Metro Area.